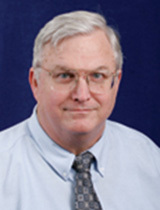 George R. "Bob" Dekle, Sr., retired from his position as a legal skills professor at the Levin College of Law, University of Florida, effective June 30, 2016. Dekle became a legal skills professor at the University of Florida in 2006, after retiring from the State Attorney's Office of the Third Judicial Circuit of Florida, where he served as an Assistant State Attorney from 1975 through 2005. During that time he investigated and prosecuted a wide variety of cases, from criminal mischief to capital murder. In 1986 he received the Florida Prosecuting Attorneys Association's Gene Barry Memorial Award as the outstanding assistant state attorney in the state. In 1996 and 2003 he received distinguished faculty awards from the association's education committee, and upon his retirement in 2005, he was given a lifetime achievement award for his efforts in continuing education for prosecutors. Professor Dekle has served as faculty at the National Advocacy Center in Columbia, South Carolina, and has lectured to prosecutor's associations across the nation. Before becoming a prosecutor, Professor Dekle served from 1973 to 1975 as an Assistant Public Defender in the Third Judicial Circuit. Dekle’s books reflect his deep interest in both trial advocacy and legal history.

Dekle's projected professional biography of Francis L. Wellman, an Assistant District Attorney in New York City during the Gilded Age, has hit a snag. The book was intended tell the story of Wellman's career by giving an account of as many of his murder trials as would fit between the covers of a book. Wellman is reputed to have tried more First Degree Murder cases than any previous prosecutor in New York, and some of his prosecutions are worthy of a book in themselves.This is where Dekle's project got hung up. He had written five chapters when he came upon the trial of the man whom Wellman called "America's Jack the Ripper." There was no way to do this trial justice in a single chapter, so Dekle has sidelined the professional biography and begun writing the story of that trial and its aftermath. When he completes the book, which he has tentatively titled "The Trial of the East River Ripper: Was Justice Done?" he will have to decide whether to continue the professional biography or turn his attention to another of Wellman's cases which merits treatment in a book.

Dekle has now finished the manuscript of the "East River Ripper," and hopes to have it in print by the end of 2021. He has decided to give a full-book treatment to another of Wellman's trials, this time a murder case which Wellman defended against the greatest Canadian prosecutor of the 19th century, Britton Bath Osler. At the time the trial was touted as "the most sensational case ever heard in Canada." (Manitoba Morning Free Press, February 28, 1895).